As the year 2016 is coming to an end, I took the opportunity and went on another trip. After already visiting Lithuania, Portugal (Porto), Latvia, Ireland, Romania, Finland, Cuba and the US this year, I can look back and say that I feel quite blessed. I have a good job, which allows me to travel within and outside of business almost as much as I can afford to, as well as certainly providing enough funds to do so. Don’t expect me to invite you into my newly built house though, it might be a few more decades of no travel before I could afford that.

Lisbon almost seemed like a logical choice. I’ve had the city on my list for quite a while now and also went to Porto this year, so I was actually eager to get it checked off. My friend Ian (follow him at ichongtm) was on a what seemed to be never ending trip through Europe and I thought tagging along would be quite nice. Ian is also quite the photographer and his daily tease from all of his trips is mostly something really interesting. I tried to stay away from planning the 2.5 days in Lisbon too much therefore and let Ian do most of the groundwork, so just followed along and tried to concentrate on what appeared in front of my camera. 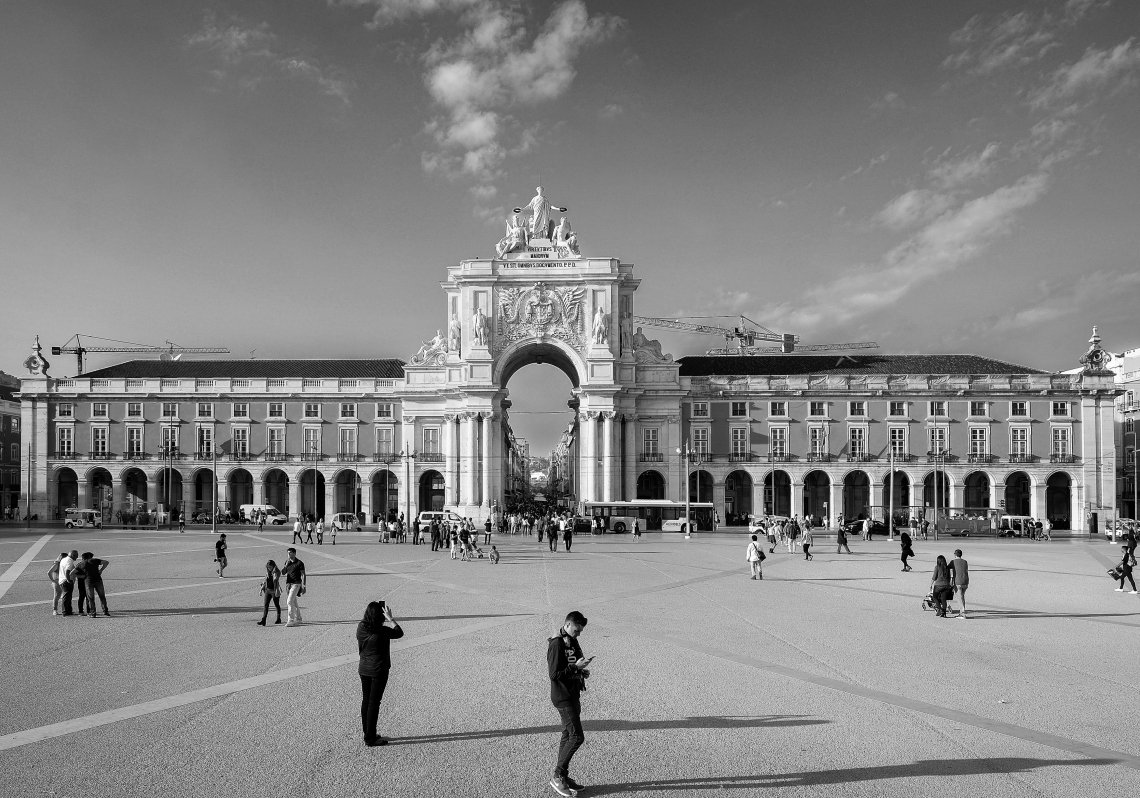 We met on a nice and sunny day at the big square of the Arco de Rua Augusta, which is probably a good place to start. It’s inside of Alfama, the oldest and really nice part of town, where you can do most of what Lisbon is famous for. Eat a tart, have an espresso at a corner, climb the hills through tiny little streets and architecture of the past, or just follow the famous number 28 and 12 trams throughout the quarter. I personally liked the trams better from the outside, so I could take my photos, but if I’ve taken one thing back home with me after walking 55000 steps in 2.5 days, it is using public transportation and saving your legs whenever you can. 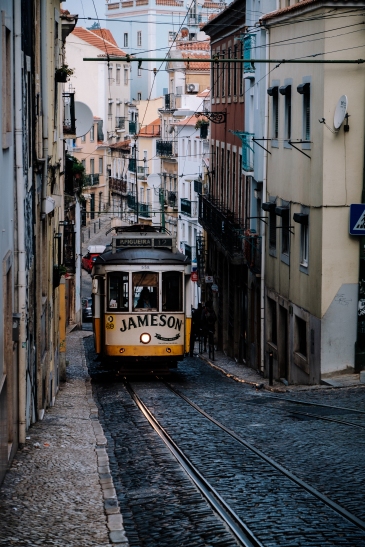 One thing I’ve learned about Alfama during the late afternoon, the light is beautiful then. We were desperately looking for a good place to watch the sunset and of course didn’t want to pay 12 Euros to enter the Castelo de S. Jorge for it, but while walking around you can get great reflections of the cobblestone streets and buildings.

Alfama is actually full of wonderful things. While Portugal is full of great architecture, featuring beautiful tiles on the outside of the buildings, you can always find very special versions of it. Just look at the cover photo of this blog post.

While I’m always hunting for little details, you can’t forget the people. Sucking in the last days of sunshine, a lot of people seemed to hang out in little squares, having a beer or coffee and just chatting about the daily chores.

I was really tempted to get onto one of the Vespa cars. While most of them seem to be in really bad shape over here in Germany (if you see them at all anymore), Lisbon seems to be a dreamland of finding one great looking model after another. Somebody might tell me now that they are all new or not really original, but who cares. It adds a lot of flair to the city and gives you a real Mediterranean feeling when walking around. 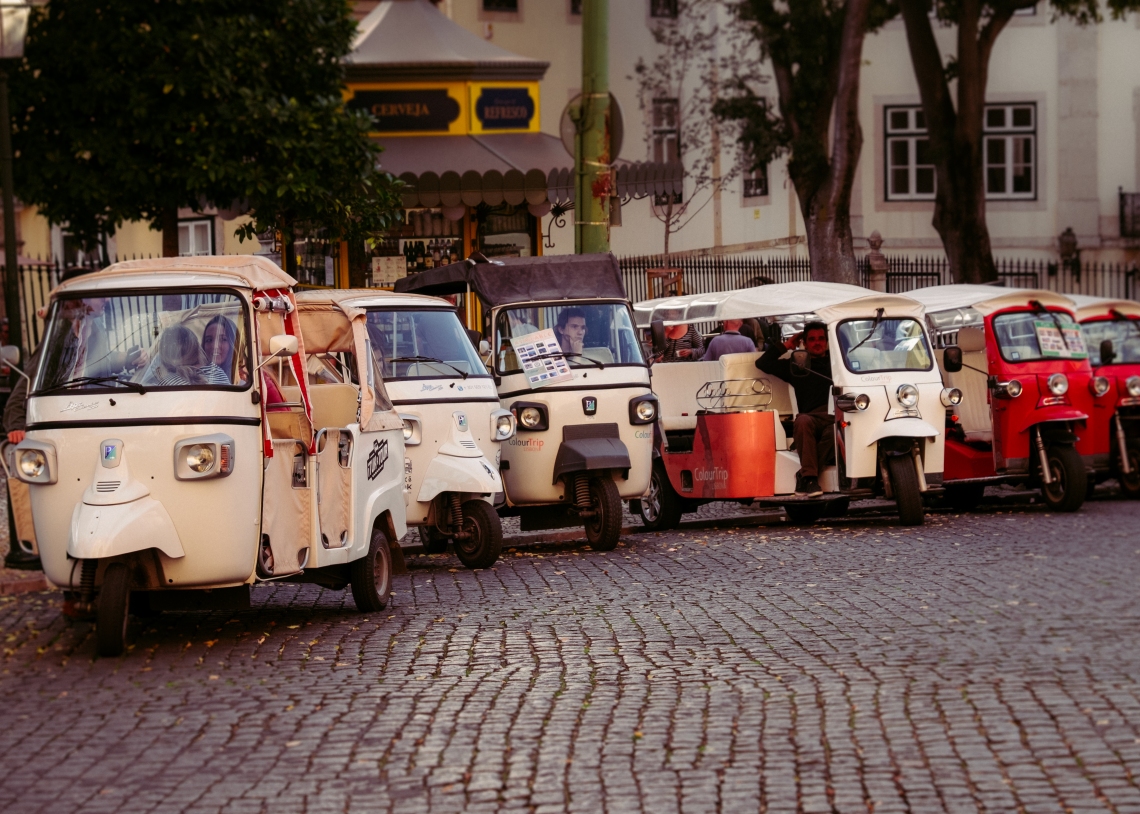 While the Lisbon Metro is certainly not competing against the nicer stations and platforms of Moscow, Stockholm or even London, it certainly deserves it’s place in this story. You can find a few gems here and there to photograph, but mainly it should be used wherever and whenever you can! A full day pass is only 6 Euros and you can quickly get from here to there without much effort. You’ll certainly need it after a few days, as walking will get tougher. 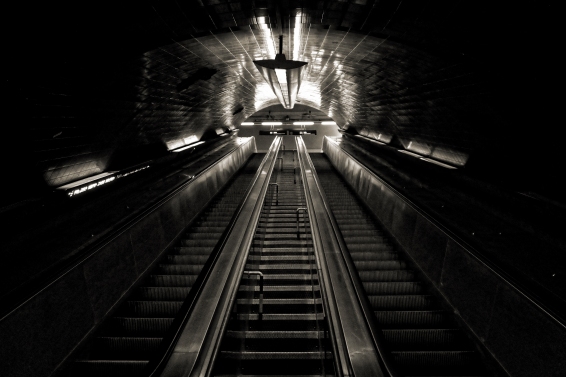 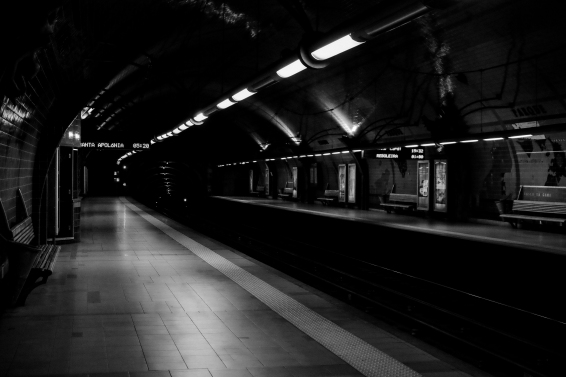 Belém is a bit outside of the city center and you’ll need to take the tram or a taxi there. It will count as tourist heaven, with the famous tower Torre de Belém, the national archeological museum and the even more famous monastery Mosteiro dos Jerónimos being located there. We couldn’t visit the Padrão dos Descobrimentos this time, as it was closed for renovation, but went to the modern art museum Museo Berardo instead. 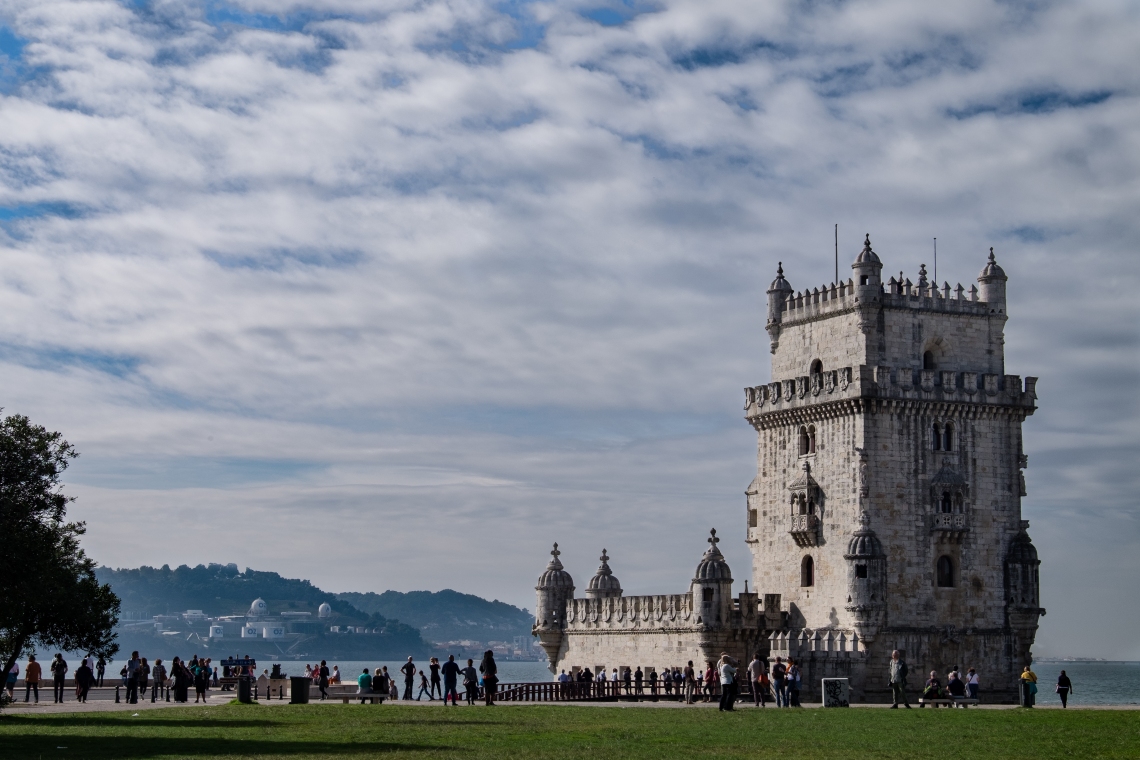 The Torre is a typical old defense tower, which was used to defend the city from incoming ships. It’s a nice place, but the view from it is a bit overrated. I managed to get a decent shot of it from the distance I believe and if you’re there, walk up, it’s not that high. You might be able to get a good look at the Ponte 25 de Abril, the Golden Gate styled bridge across the Rio Tajo, with the statue of Christ the King behind it. I usually don’t carry a long enough lens to get closer (to Christ) though and 135mm (or 200 equivalent) only leave you with a panorama shot.

The monastery is probably the highlight of the tour to Belém and you will definitely need to visit when in Lisbon. Opened in 1601, it was built in the late Gothic Manueline style and offers so many details, ornaments, gargoyles and photo opportunities, that you can spend hours walking around, even though you’ll have to fight the other tourists. For me as a photographer, it was a big challenge to wait and get the shot without anybody in sight. Try that, it will drive you crazy, but you’ll get rewarded afterwards!

One thing seems to be my new thing after already finding the lonely woman in Cuba. The monastery offered another chance of it and if I can, I might get a series about it over the next few months or years.

Day 3 took us away from Lisbon and into castle wonderland Sintra. It’s an easy 45 minute train ride there, but make sure you’re there in time to get tickets from the machines. We didn’t expect the long line and therefore missed our first train. If you’re from Europe and you know castles, it’s probably not that special to you, but for everybody else it is also a must see. And in case you like castles, old mansions and houses, as well as a nice little city at the bottom of a few mountains full of these things, stay over night and do a two day tour around. We managed to see three of them (thanks to Ian who dragged my lazy butt to a third one) and it was actually nicer than expected.

Personally, I enjoyed the Quinta da Regaleira the most, followed by the Pálacio de Monserrate and Palácio da Pena. I can’t speak about the others, but those were manageable in not a full day there.

You might notice that I haven’t uploaded full castle pics to the blog or even the gallery. The weather turned out to be a sad and grey day, some raindrops a completely covered sky just didn’t offer much in terms of landscapes. Maybe a reason to come back? 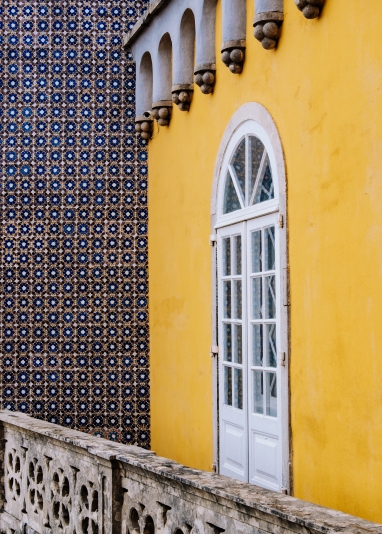 Summary of the trip

While I think I’ve managed to shoot a few nice pics in Lisbon, I’m definitely not done with the city. I didn’t really have time to go to all parts, be in places several times to maybe have some better light at a different time or even sunrise or sunset atmosphere. Traveling there in early November might also not be the best time of the year in general as you will get the grey and boring sky quite a lot. So hit me up if you want to spend a weekend there and I might join you!

Hi, my name is Stefan and I'm a photographer from Germany. I mainly shoot travel, but also other types of photography. You can find all of my work under www.gesele.com. Thanks for visiting this blog! View all posts by Germandude74